This free long cape pattern is easy to make. There are no sew and easy options to make this cape.

This cape also can be wrapped and worn in different ways to achieve different looks.  Wrap a belt around it to form sleeves, wear it loose and flowing, or tie the front behind your back for a unique look.  You can make it without the hood with out sewing anything!  Adding the hood is quick and an easy sew.

For this project you will need the following:

The Fast Hooded cape (with video)

The Snow Princess Cape (with video)

Secret Tip:  The hoods on the Red Riding Hood Cape, the fast hooded cape,the easy long cape and the long hooded cape are all interchangeable – so if like a hood more from another cape you can mix and match to get the look you want.

1- Assemble and cut out the Cape Pattern 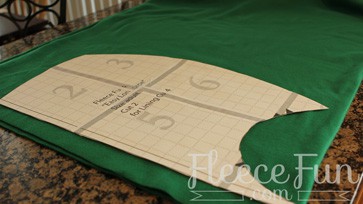 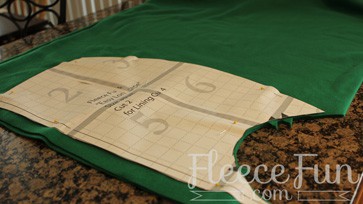 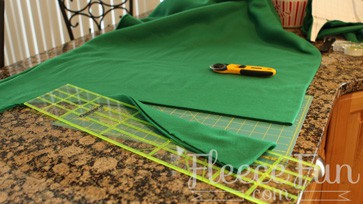 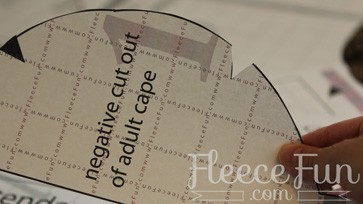 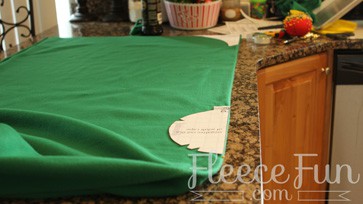 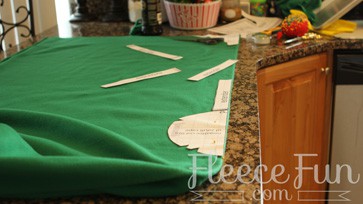 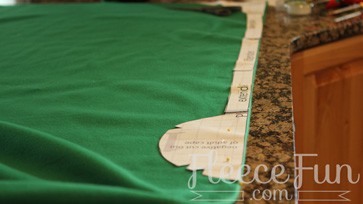 You can find instructions on how to assemble the pattern here.

Cut out two pieces of the hood.  Set aside.  Make sure remaining cloth has straight ends on each side.

Easy Sew and No Sew: The length and width of the cape is up to you.  In the pattern example I used 2 yards of fleece and the full width so it was 6 feet long and 60 inches wide.  The width is food for a man, but it might be too bulky for a female.  For a woman I recommend cutting the width down to 50 inches ( you can make some cute scarves with left over fabric).  Once you have the width and length that you want it’s time to start cutting out the cape.

This pattern works differently, as you will be cutting out negative space and tossing it away.  Meaning the pieces you cut out are extra and what remains is the cape.  So where with the hood you cut triangles outward, you’re going to cut the triangles inward on the negative cut out (only necessary for the easy sew with hood)

Find the the middle point of your fabric length and mark it with a pin ( so if you fabric is 2 yards long mark it at 1 yard).  This will be the starting point of where we will build the pattern.

Place the negative cut out of the cape on the fold, with the top of the negative pattern piece touching the  halfway mark you just made.  Then use the extenders to build you pattern piece to the end of the cloth, the corner piece lining up at the end to make a curved edge. Pin down.  (see Diagram below if confused)

Carefully cut out the pattern piece – you just made the neck and front of your cape!

We just made the front, but now let’s give the cape a little nicer look on the ends.  Take the other curved negative cut out (the one that has two pointy ends – the wrong one is shown in the picture).  On the end where you just did the negative cut out, take it to the edge (opposite from the fold) and cut so it’s curved.  then go to the opposite end of the cloth (the side that you didn’t cut out the neck hole)  and place on the edge of the fabric opposite of the fold.  Cut a curve.  If you are doing the no sew version of the cape your finished!  If you are making the sew version there are a couple more steps. 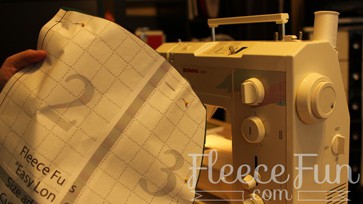 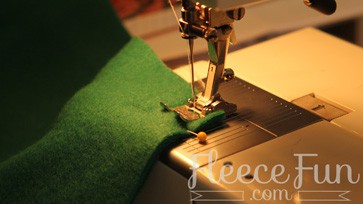 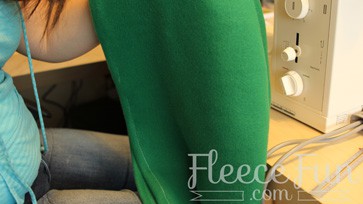 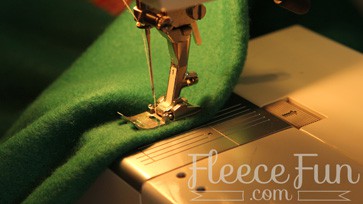 Take the two hood pieces and using a .5 inch seam allowance sew them together.  Then turn under rim of hoo .5 and using a zig sag stitch along the edge sew down.

4 – Attach the hood to the cape 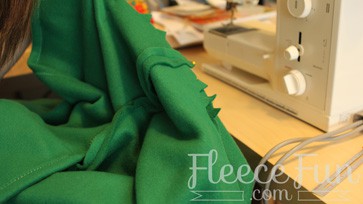 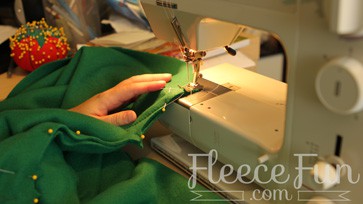 With right sides together, Line up the triangles with each other from the hood and the cape.  Pin.  Sew together using a .5 inch seam allowance. Trim threads and you’re finished!

You can get a free copy of Adobe reader here. By downloading  you are agreeing to pattern terms of use. Click the picture of the pattern envelope to download the .pdf ! 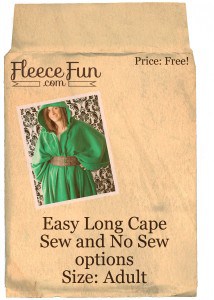 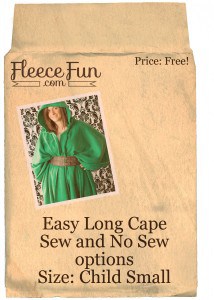